What Is The Difference Between Dementia and Alzheimer's Disease? 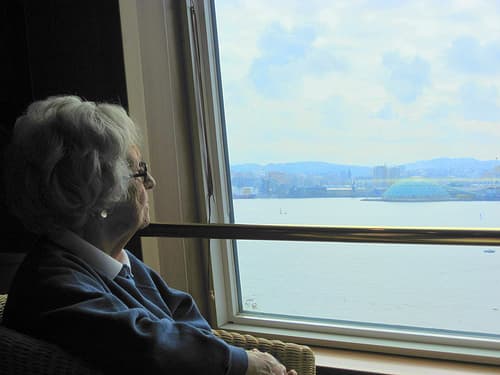 Dementia care in Lincoln Park advise there is a difference between Alzheimer’s and dementia: What you should know includes signs of early-onset and treatment options.Sadly, one-in-three seniors die from Alzheimer’s disease or dementia, and it is estimated that these conditions will cost the US nearly $259 million in 2017. While it can be difficult to differentiate Alzheimer’s from other types of dementia, it is important to diagnose to effectively treat the condition and garner a fairly-accurate prognosis for the patient. Senior Living Experts can help pinpoint the providers needed to determine if you are living with Alzheimer’s disease, or if some other medical condition is at play.

Dementia Care in Lincoln Park Advise There Is a Difference Between Alzheimer’s and Dementia: What You Should Know

Alzheimer’s disease is reported to be the most-common form of dementia, and is a progressive disease primarily affecting five-and-a-half million people in the US. Another 15-million people provide unpaid care for someone with Alzheimer’s, which reinforces the fact that this is truly a family disease. Alzheimer’s is responsible for the deaths of more people than breast cancer and prostate cancer combined, which reiterates the need for continued advocacy and awareness surrounding this medical condition.Alzheimer’s typically emerges as problems with behavior, memory, and thought-processes. Researchers indicate that Alzheimer’s interferes with the function of certain brain cells, which worsens over time. While Alzheimer’s symptoms usually manifest after the age of 65, there are approximately 200,000 people under the age of 65 diagnosed with early-onset Alzheimer’s in this country. The prognosis for individuals with Alzheimer’s is that most succumb to symptoms within eight years of being diagnosed, although some may live as long as 20 years depending on other health factors. Over the course of this disease, those afflicted will lose the ability to respond to environmental stimuli, which warrants caregiving and, eventually, skilled-nursing care.

Frontotemporal dementia is reported to comprise around 10-to-15 percent of all dementia diagnoses. Historically, this type of dementia has been misdiagnosed as Alzheimer’s, Parkinson’s, and even psychiatric conditions. Frontotemporal dementia typically impacts individuals around ages 45-60, and occurs when the frontal and temporal lobes of the brain become smaller. The cause of this happening is unknown, but is identified by sudden behavioral changes and communication problems. As mentioned, there is no cure but diagnostic accuracy is imperative for managing symptoms and avoiding unnecessary procedures and treatments.Some symptoms of frontotemporal dementia include:

It is integral to reach out for support when providing care for individuals with Alzheimer’s or frontotemporal dementia. Burn-out is a very real condition that can result in apathy, mood swings, depression, sleep disturbances, and overall low satisfaction with everyday life. Work with caregiving agencies, outreach services, and home health providers to find respite for the family and friends that are supporting and caring for a person with this condition. This disease impacts far more than the patient - loved ones also suffer.

Since the year 2000, Alzheimer’s related deaths have increased by 89%. Show support to those impacted by Alzheimer’s disease- and other dementias- by honoring September 21, World Alzheimer’s Day.  This day brings Alzheimer’s organizations, providers, and caregivers together annually from across the globe, to raise awareness about the debilitating impact of Alzheimer’s and dementia. Plan an event, outing, or kind-act to help make the life of someone living with dementia a bit better.Approximately every minute, someone develops symptoms of dementia or Alzheimer’s disease. A comprehensive assessment is necessary to ensure treatment is geared toward the specific medical condition that is manifesting. Visit Senior Living Experts to find physicians, providers, and professional caregivers to make the path ahead a bit easier and less frightening.