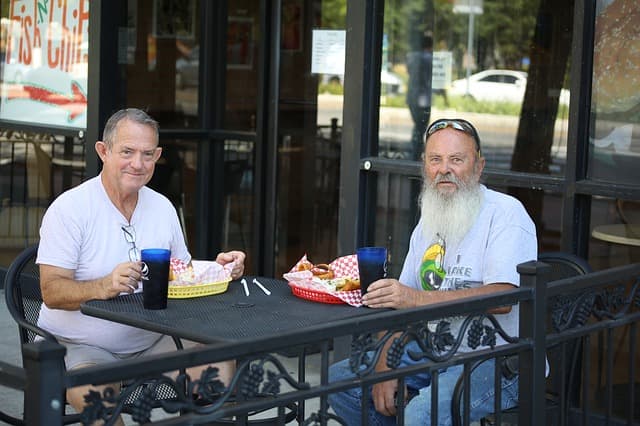 A new review links dementia to PTSD, particularly recognizing dementia later in life among veterans previously diagnosed with post-traumatic stress disorder.Could there be a link between dementia and PTSD (post-traumatic stress disorder)? Studies are emerging that highlight the similarities and parallels between these two medical conditions, particularly when it comes to diagnosing dementia. Veterans diagnosed with PTSD were found to be more than twice as likely as those without PTSD to develop dementia as they age. Be proactive and see a provider if you- or someone you love- is exhibiting the signs and symptoms of a serious medical condition; Senior Living Experts can help put you in touch with practitioners in your area.

A new review links dementia to PTSD in the following ways:

The next visible link between dementia and PTSD is memory loss. Both medical conditions are earmarked by memory deficits as the condition progresses. This could be indicative of damage to the hippocampus, the area of the brain that controls memory, caused by both PTSD and dementia. This brings up the possibility of acute stress causing irreversible damage to this region of the brain, evident in both PTSD flashbacks and dementia triggers.

Another link among those living with PTSD and individuals with dementia is the symptomology - symptoms including disturbing flashbacks, traumatic nightmares, fatigue, mood disorder, anxiety, despondency, insomnia, and anger are common with both populations. Could dementia be the manifestation of chronic trauma, or could PTSD be an early-warning for the presence of dementia? Researchers and medical professionals continue to seek a definitive answer regarding these two serious conditions.

The population in the US is aging, and the number of seniors is growing. This could be related to improvements in healthcare or lifestyles that support longevity. While many seniors enjoy a satisfying and active life during the golden years, some may experience difficulties that could impact mental health and well-being. Traumatic experiences such as the loss of a spouse, retirement, or a recent divorce could all serve as triggers for decline in mental function, including symptoms of PTSD or progressive dementia. Other age-related factors, such as physical impairment, mobility issue, or illness can also exacerbate psychiatric symptoms and, in many cases, warrant the need for clinical care.

It bears repeating: Over ten-million people are impacted by post-traumatic stress disorder and/or dementia in this country. Clearly the impact of both PTSD and dementia are felt widely; availability of treatment resources in some regions may be lacking, but the bigger issue is detection and diagnosis. Many seniors choose to compromise their quality of life by self-managing symptoms in an effort to maintain and preserve autonomy. This may manifest in unhealthy coping strategies, such as increased drinking or drug abuse, in an effort to treat their symptoms.By the time many visit a doctor or healthcare facility, their condition may require stabilization via hospitalization. Alcohol use and drug abuse can cause life-threatening complications when trying to treat mental health issues and nearly 15% of the elderly population struggle with substance abuse and chemical dependency. Although it remains unclear whether PTSD increases risk-factor for dementia, or if recurring PTSD symptoms are damaging a region of the brain that could manifest later in mid-to-late onset of dementia.

There are online resources to help you navigate healthcare networks to find the help that you or your loved one needs. This can range from simple assessment to clinical diagnostics- providing you access to viable treatment options based on your distinct needs. This results in a collaboration among resources, providers, and networks that help consumers manage illness, navigate systems, and find help when they need it most.Take the time to express your concerns to a provider and let Senior Living Experts narrow-down the field to find the perfect practitioner for you. Take charge of your healthcare and be certain that you are aware of the risks and issues that could accompany aging; don’t take your symptoms or concerns lightly. There are links between PTSD and dementia, and a seasoned healthcare provider will be the best person to determine where to go from here. Don’t let symptoms and worries impact your quality of life; if you have concerns about your own well-being, reach out today.