Chicagoland’s # 1 senior housing concierge service
We can help your clients find the best senior housing in Chicago. Our service is free and we have over 85 years of combined senior housing experience.
5 star reviews on 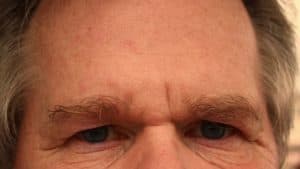 A recent study has determined that there is another factor to be aware of when it comes to Alzheimer’s risk. A study by Massachusetts General and Brigham and Women’s Hospital has linked body weight with higher levels of a protein in the brain that is present with Alzheimer’s disease.

There are no firm prevention methods currently associated with Alzheimer's disease. However, with continued research and information provided there are many factors that point to positive prevention methods being determined in the near future.

All of the above can play an important part in the future of Azheimer's prevention. Senior Living Experts helps you find a safe living environment in the Chicago area, if you or someone you love are experiencing signs of dementia or have been diagnosed. While genetic testing is not currently determined to be an effective way of determining Alzheimer’s risk you may want to read more about genetic testing with this PDF article from The Alzheimer’s Association.Cited Works: The Alzheimer’s Association – Risk Factors CC0 Image by geralt / Pixabay